Ghalia Volt to Release ‘One Woman Band’ on Jan 29th

Never underestimate the power of a woman with her back against the wall. In March 2020, as Covid blew across the planet, the shutters came down on live venues and recording studios, and the music scene fell suddenly silent, Ghalia Volt faced the same dilemma as every other artist. What now? The answer was One Woman Band. 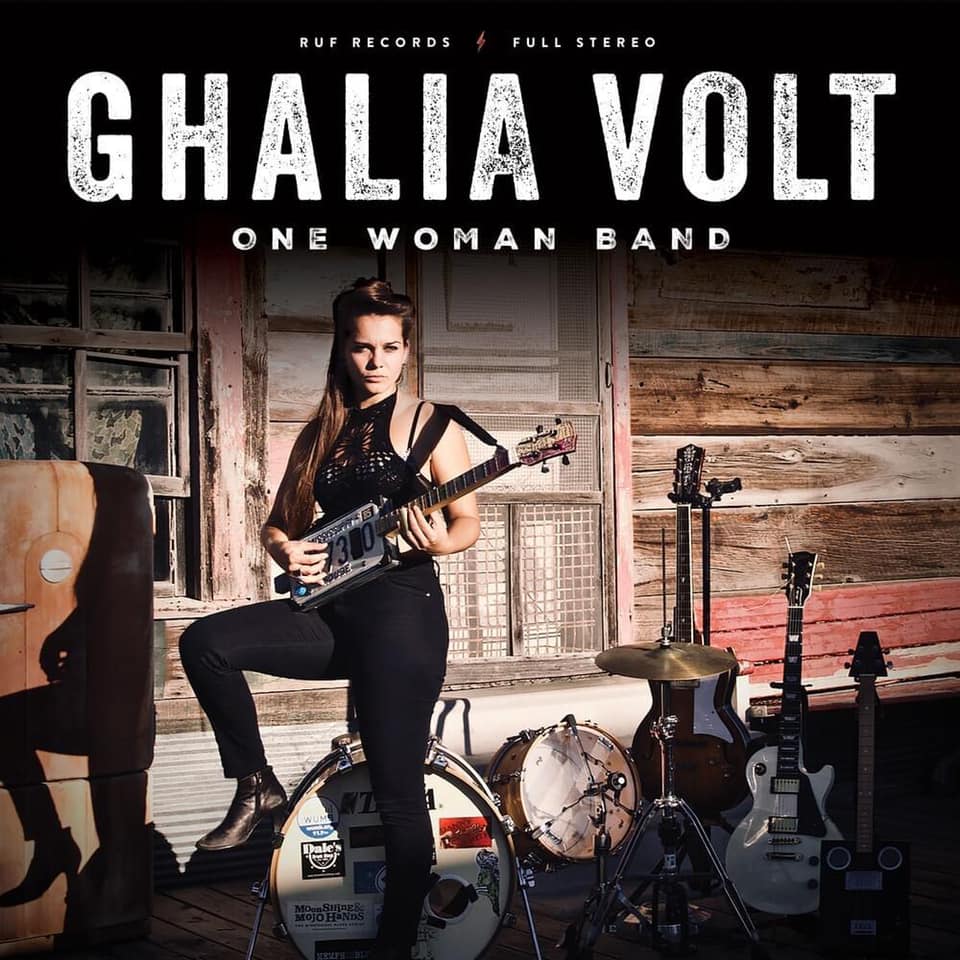 For Volt, the rebirth as a solo performer wasn’t a decision made lightly. Since the beginning, she’s been a musician who thrives on the buzz of the hook-up, surrounding herself with the best players and soaking up their vibe. In 2017, the Belgium-born songwriter’s taste for collaboration led her to New Orleans for the meeting with local blues legends Mama’s Boys that became her debut album, Let The Demons Out.

Two years later, the same spirit lured Volt to the fabled hill country of Coldwater, Mississippi, to hold her own at sessions with musicians like Cody Dickinson, Cedric Burnside, Lightnin’ Malcolm, and Watermelon Slim.

With the breakout success of 2019’s Mississippi Blend. a record that made the Top 3 in the Billboard Blues Chart on three separate occasions, it seemed the world was Volt’s for the taking — her seven-year transformation from Brussels busker to the adopted daughter of American roots scene. Now, with One Woman Band, the journey takes a thrilling left-turn. and last March, she reconnected with that one-woman philosophy. “I started playing on a real drum kit,” she recalls. “Playing a kick, snare, and hi-hat plus a tambourine with my feet, while playing slide/guitar and singing at the same time.”

After road-testing the new format at shows across Mississippi, Volt realized that one was the magic number. In August, she committed to the project, embarking on a month-long Amtrak train trip that became an intensive writing session, the shifting landscapes beyond the window, inspiring her to write. “I crossed Louisiana, Texas, New Mexico, Arizona, California, Nevada, Utah, Wyoming, Colorado, Kansas, Nebraska, Iowa, Illinois, Missouri, Tennessee, Kentucky, Arkansas, Mississippi,” she reflects. “The goal? To write the entire album through my travel. Most of the songs are inspired by the journey and real experiences. Others are from imagination.”

Recorded in November at Memphis’s legendary Royal Sound Studios, on the same board where Al Green and Willie Mitchell made history, One Woman Band saw Volt take an equally old-school approach. Rejecting the soft option of multi-tracking, she chose to record all the instruments live in real-time, flying solo except for two cameos on bass from Dean Zucchero, and a pair of guest guitar solos from ‘Monster’ Mike Welch. Co-producing the record with Boo Mitchell (Al Green, Buddy Guy), Volt made the bold decision to let the rough edges stay on, prizing atmosphere over perfection and delivering her most groove-driven material to date.

One Woman Band will be released via Ruf Records on January 29, 2021.